I was in Brisbane briefly for my cousins wedding and I was staying with another cousin in the Gold Coast. He had a lovely house on a canal area with a swimming pool and jetty onto the river. Me and my girlfriend at the time arrived just before the wedding and drove down to where the ceremony was with my parents.

It was quite a beautiful beach club type place and they had booked it all out, intending to have the wedding on the beach but unfortunately heavy winds meant they had to move it slightly inland to a more a protected grass area. All in all though it was a lovely wedding and went down without any more problems.

Following the wedding we stayed in Brisbane a few days and I met up with a few old friends. Brisbane has an amazing bicycle path and infrastructure which I wasn’t lucky enough to make use of this time but hope to in the future. We did catch the ferry boat however which is a great way to see the river and get a good idea of the structure of the city.

A few days after the wedding I went surfing with my Australian friend Ashley whom I had met in London and we explored a few of the beaches around the Miami part of the Gold Coast and further down the bay.  We also went up Q1, the highest building in Australia, had breakfast and got some amazing photos.

In the second week we went out on a friends yacht into the lagoon where we watched speed boat racing, had dinner and spent the night.  I also met up with Ashley and we went to an insane punk rock gig in Goldie which was hilarious, I got raucously drunk and don’t remember much but woke up the next day on Ashley’s sofa. 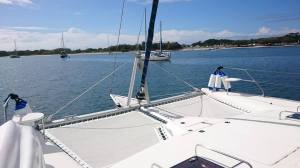 Then we went to explore the beautiful forests and mountains that are inland from the beach, and have a number of waterfalls and panoramic views across the coast.   On our last day we travelled down to Byron Bay which is a very cool hippy town on a beautiful piece of coastline south of the Gold Coast. 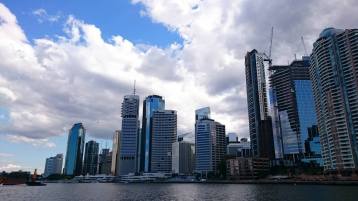 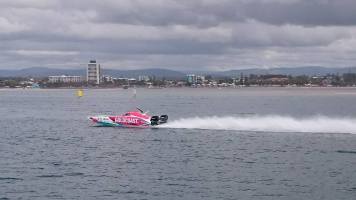 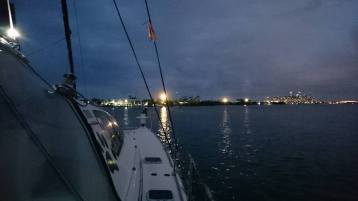